Home » News » Towards better surveillance of antibiotic use in animal health

Towards better surveillance of antibiotic use in animal health

Tackling pathogen resistance to antibiotics is one of the priority topics of the World Organisation for Animal Health (OIE). In a context where the efficacy of antibiotics is increasingly hampered by the emergence of bacterial resistance, the OIE through its scientific networks and intergovernmental standards advocates responsible and prudent use of antimicrobial agents by properly supervised, well trained veterinarians.

The World Health Organization (WHO) Global Action Plan on Antimicrobial Resistance adopted by its Member Countries and published last May, emphasises the importance of the OIE’s intergovernmental standards in support of this Plan and assigns our Organisation a central role in surveillance of the use of antimicrobials in animals worldwide. 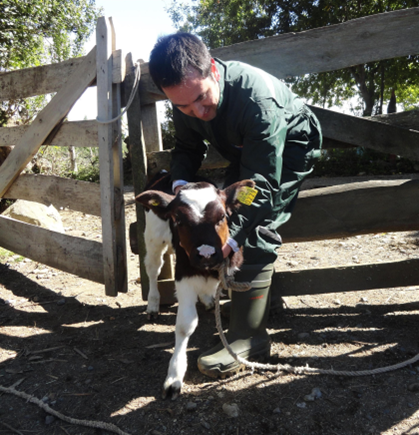 The OIE will actively participate in the World antibiotic awareness week, on 16-22 November 2015, in collaboration with WHO.
© OIE/ J. Castro

Paris, 8 October 2015 – The WHO Global Action Plan on Antimicrobial Resistance, published in May 2015, has set itself the target of ensuring the efficacy of treatments for infectious diseases in the long-term using effective, quality-assured antimicrobials. It proposes a series of key actions to be implemented within the coming five to ten years. The OIE significantly contributed to its preparation on aspects related to the use of antimicrobials in food-producing animals. Its 180 Member Countries also made a commitment to support the WHO Global Action Plan in the form of a Resolution unanimously adopted at the OIE’s 83rd General Assembly last May.

Within this framework, WHO, FAO and the OIE will be continuing their collaborative work to raise the international community’s awareness of this topic and to develop joint tools to enable the “One Health” concept to be implemented in this field. Since 2010, the three Organisations have in fact been linked by a Tripartite Alliance aimed at addressing health risks at the animal–human–ecosystems interface.

Among the actions proposed in the Global Action Plan, one of the important projects to be developed by the OIE is to create a global database on the use of antimicrobials in farmed animals, to be managed in parallel with the OIE’s World Animal Health Information System (WAHIS).

It is important to note that there is currently no harmonised worldwide system of surveillance on the use and circulation of antibiotics in the world. Among the 180 Member Countries of the OIE, over 110 do not yet have the relevant legislation covering conditions governing the import, production, distribution and use of veterinary products, including antibiotics. These products can therefore circulate without control, like any ordinary goods, and are often adulterated. This is the context in which the OIE has received a mandate from its Member Countries to collect information through the national Veterinary Services on the use of antibiotics in food-producing animals worldwide, a mandate that is supported by FAO and WHO through the Global Action Plan on Antimicrobial Resistance.

The database will provide a solid foundation for the work of the three Organisations in their fight against bacterial resistance. Among the many benefits, the information gathered will make it easier for Member Countries to analyse and control the source of the veterinary products, obtain more reliable information on imports, trace their movements, and better evaluate the quality of the products in circulation.

In addition, the OIE progressed in updating all its intergovernmental standards in the field of antimicrobial resistance in May 2015. These texts cover the use of antimicrobials, development of surveillance programmes, monitoring quantities of antibiotics used, and risk analysis of the emergence and spread of resistant bacteria in terrestrial and aquatic animals. The OIE has also adopted an updated version of the List of antimicrobial agents of veterinary importance.

By adopting these standards, the OIE’s 180 Member Countries have undertaken to transpose them into their national legislation. To provide the best possible support for this implementation at national level, the OIE, in fulfilling its duty of solidarity, makes available to countries at their own request programmes designed to improve the performance of Veterinary Services and laboratories and to transfer expertise between countries.

Thus, for more than 15 years, the OIE has been pursuing its objectives, with the support of its global network of expertise, aimed at improving control of the production, registration, import and distribution of antimicrobials throughout the world and managing their use in animals through the introduction of suitable legislation and the appropriate means of enforcement. Veterinarians have a crucial role to play in controlling on-farm use of antibiotics and avoiding their use by persons who have not been suitably trained. Veterinary Statutory Bodies that comply with OIE standards provide the guarantee that veterinarians will be well trained and aware of the strong ethical code to be respected. This is the only way to ensure that antimicrobial agents – a global public good and indispensable for animal health and welfare and for the safety of the food supply – can continue to be made available for the benefit of all.