Last 3rd December, the Director General of the World Organisation for Animal Health (OIE), Dr Bernard Vallat, and the President of the Council for Game and Wildlife Conservation (CIC), Mr Bernard Lozé, have signed an agreement between their two institutions to renovate and strengthen their common objectives and activities to cooperate on animal health issues, particularly at the animal, human and environment interface. 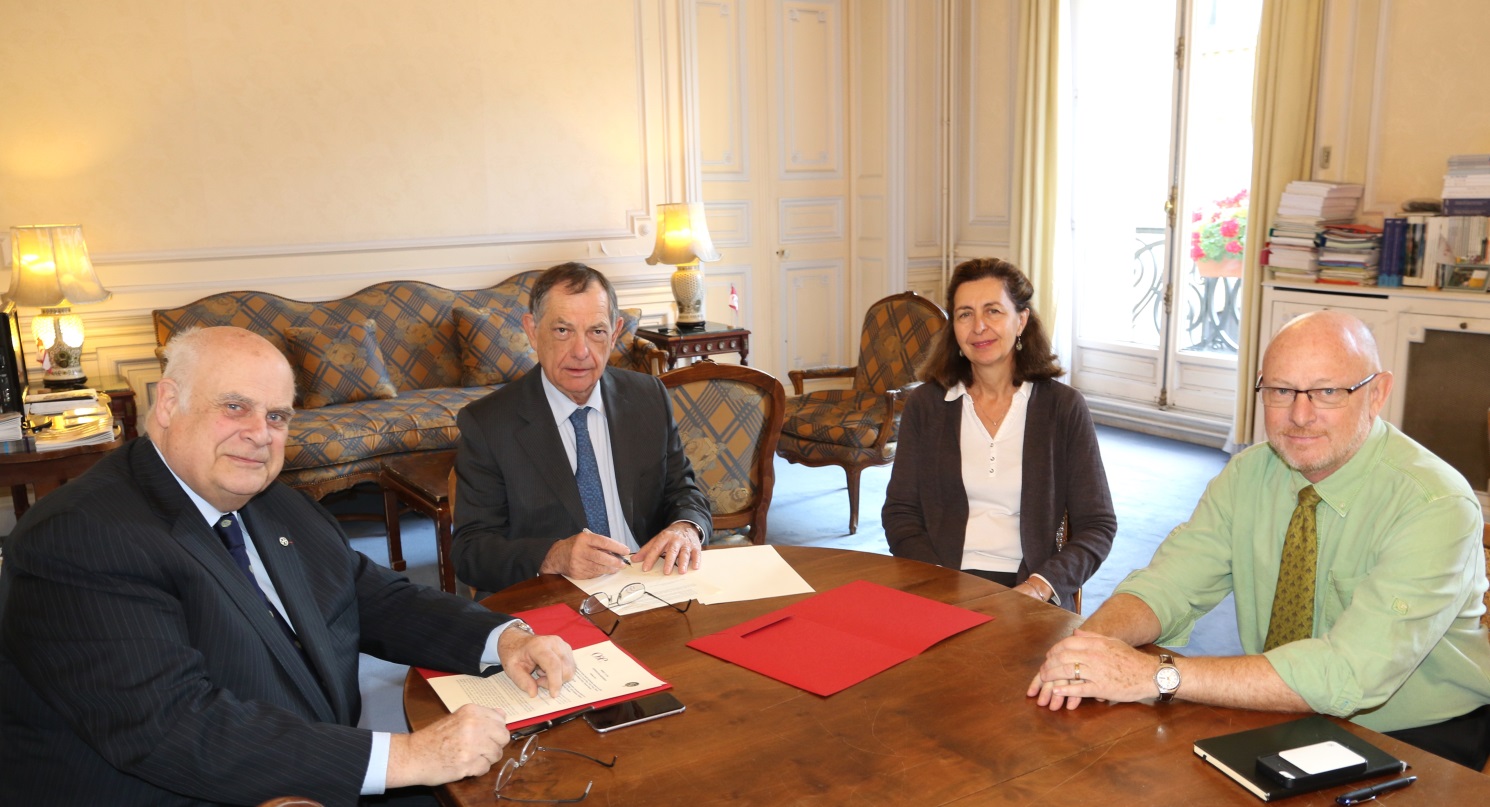 Paris, 28 December 2015 – On average, five new human infectious diseases appears every year, three of them coming from animals most of the time from wildlife. In addition, African swine fever (ASF), brucellosis or tuberculosis are only a few examples of well-known diseases that affect wildlife and can spread to domestic animals, and to humans, 60% of these diseases being zoonotic. In this regard, the professionals of the aquatic and terrestrial protected areas, hunters and fishermen are important sentinels to protect animal and human health.

However, this essential function for health, environment and biodiversity needs to be strengthened and well organised at global, national and local levels. In this context, the agreement signed early December between the CIC and the OIE aims to acknowledge the work already undertaken and to stimulate the implementation of new activities.

The cooperation between the two organisations started on May 2011 with a view to enhancing the capacity of countries in early detection, official notification and response to animal diseases, including those transmissible to humans (zoonosis), especially in wild animals, thereby contributing to biodiversity conservation, as well as animal and human health.

They also cooperate by improving communication among countries and between National Veterinary Services and National Hunting and Fishing Associations. These actions are implemented by promoting the networks of professional experts on diagnostic, epidemiology and control of wildlife diseases, by signing cooperation agreements between these wildlife professionals and national Veterinary Services, and by developing operational guidelines and capacity building activities with the support of the global networks of the OIE Regional Offices, Reference Laboratories and Collaborating Centres for prevention and control of wildlife diseases.

The recent signed agreement highlights the ongoing successful collaboration and emphasizes the implementation of a training program for hunters in order to facilitate their contribution to early detection, reporting and management of diseases affecting wildlife using a “training the trainers” mechanism.

The agreement also takes into account the rapid spread of the African swine fever (ASF) disease through parts of European continent. Throughout this project, the CIC, with the support of the OIE, will work on the creation of communication tools on ASF and its detection to be distributed to hunting associations throughout the Eastern countries of the EU in their national language, as well as work on the establishment of a Training Center for Wildlife Health which will have a sustainable foundation for the future and will receive support from private and public sponsors, such as European Union.