Ten years on, Rinderpest eradication highlights the value of vaccines

The global eradication of Rinderpest gives reason to be optimistic when it comes to fighting infectious animal diseases. While the recent COVID-19 pandemic has shown the devastating impact emerging infectious diseases can have, it is also a reminder of the critical role vaccines can play in protecting us all.

This text was originally published on the iD4D website under Creative Commons BY NC ND 4.0 International License.

For centuries, Rinderpest outbreaks caused the death of millions of cattle, buffalo, yak and wild animals across Africa, Asia and Europe. These outbreaks meant consecutive food shortages resulting in starvation, economic and social unrest, as well as disrupted cattle-powered ploughs used in rural areas to cultivate land. Decades of concerted efforts from governments and local organizations supported by the World Organisation for Animal Health (OIE) and the Food and Agriculture Organization of the United Nations (FAO), along with other partners, resulted in the eradication of Rinderpest through mass vaccination campaigns of cattle. Global victory over this devastating disease was declared in 2011, ten years after the last case had been reported to the OIE.

Beyond the remarkable achievement of global Rinderpest eradication itself, what was learnt will benefit generations to come. The history of the fight against the disease was a main driver for the accelerated establishment of national Veterinary Services in numerous countries as well as for the foundation of many veterinary schools. A prime example is the inauguration of the world’s first veterinary school in Lyon, France in 1761, spurring the opening of other schools across Europe. Similarly, in Africa, the first veterinary school was founded in Egypt in 1827 to control Rinderpest. National and regional networks of veterinary laboratories that perform diagnostics and control the quality of vaccines followed suit to tackle Rinderpest. In Asia, the Indian Veterinary Research Institute was established in 1913 to develop a Rinderpest vaccine, while in Africa, the Pan African Veterinary Vaccine Centre of the African Union (AU–PANVAC) began operating in 1986. On a global scale, the devastation caused by the disease was the impetus for the creation of the Office International des Épizooties (OIE) in 1924 – which later became the World Organisation for Animal Health. These structures, institutions and organizations laid the important foundations for today’s animal health governance systems.

To this date, Rinderpest eradication remains an unprecedented milestone in the history of animal health. The only comparable feat in the domain of public health is the eradication of Smallpox, a human disease, which was achieved in the 1980s. Both diseases have viral origin and share features that made them targets for eradication since reliable diagnostic tools and safe and efficacious vaccines were made available, along with political and financial support. Following the way paved by Rinderpest and Smallpox, other infectious diseases are now targeted for eradication, such as dog-mediated human rabies and poliomyelitis in humans, and peste des petits ruminants (PPR) in animals.

Vaccines are paving the way for disease eradication by 2030

The international community is now aiming to eradicate peste des petits ruminants (PPR) by 2030. The disease affects sheep and goats in about 70 countries, mostly in Africa, Asia and the Middle East, where 80% of the small ruminant population lives. These animals are mainly owned by family farmers, who rely on them for food and other products, such as wool and skin, as well as for income generation. Small ruminants also act as insurance for crop failure and drought. They contribute to food security, nutrition, livelihoods, national economic development and the overall well-being of about 330 million people. Among them, many are women, whose revenue is critical for their children’s nutrition and education as well as their overall empowerment. The eradication of PPR would therefore be a key contribution to protecting smallholders, farmers and their livelihoods.

The PPR virus belongs to the same family as the one responsible for Rinderpest. Hence, numerous lessons learnt from Rinderpest eradication can be applied to the PPR elimination efforts. As PPR vaccines are readily available and can induce life-long protective immunity, vaccination is one of the key tools identified within the Global Control and Eradication Strategy.

Vaccination: a cornerstone of infectious disease control and eradication

Although the learnings from Rinderpest and Smallpox eradication have been echoed on multiple occasions and fora, the infectious diseases presently targeted for eradication face a set of challenges, including unstable political situations, lack of funding at national level and vaccine hesitancy. As the current Covid-19 pandemic has put our resilience to the test, it has been a strong reminder of the efficacy of vaccination in global public health when applied with an equity lens, saving millions of lives every year and dramatically reducing deaths from preventable diseases. In the animal health field, vaccination has allowed for increased production yields, healthier animals and better return on investment for business owners. In the case of Rinderpest, the battle against the disease accelerated the development of a safe and inexpensive vaccine. With the vaccine on hand, it was then possible to roll out large-scale vaccination campaigns in affected regions.

While it starts resembling a distant memory, Rinderpest remains a potential threat due to the risk of escape, or deliberate release, of the virus from institutes keeping hazardous materials. The OIE and partners have been putting emphasis on prevention of a potential re-emergence and preparedness to mitigate the consequences, should it occur. Rinderpest vaccine reserves for global use provide a safety net and are a central element of the Global Rinderpest Action Plan. As a result of the Rinderpest eradication experience, the distribution of reliable vaccines for PPR and their inclusion in vaccine banks are priority actions.

Rinderpest eradication is a testament to the role played by vaccination and multi-lateral collaboration in protecting society against the effects of infectious diseases. New health threats will emerge, while old ones might reappear. We need to remain vigilant. Let’s embrace key lessons from the past to secure a healthy future for all. 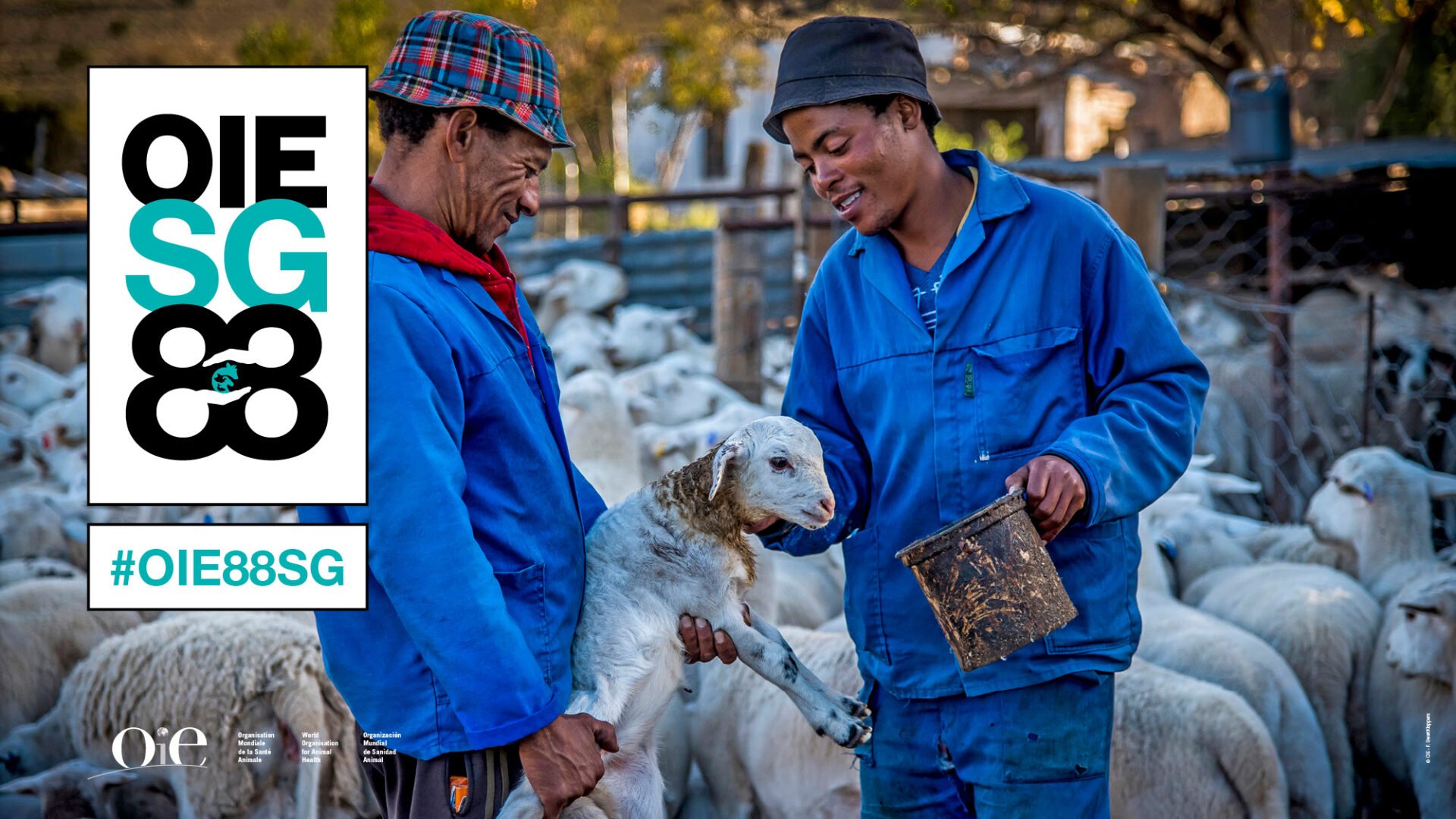 From the 24 to the 28 May 2021, the OIE celebrates its 88th Annual General Session of the World Assembly of National Delegates. This is the first summit to be fully digital and sessions are accessible through livestream.