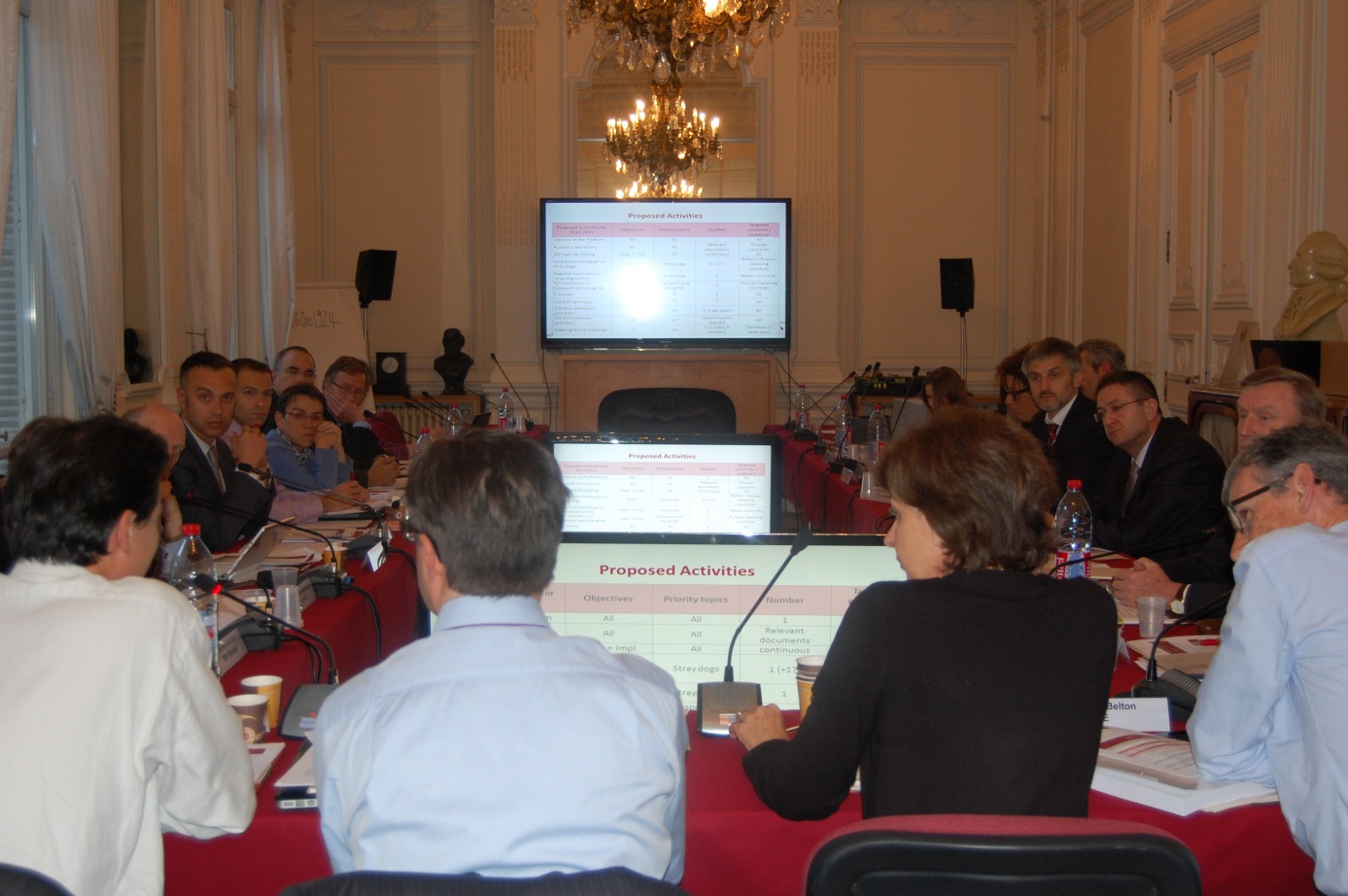 Paris, 24 December 2013 – On December 19 and 20 was held in the OIE Headquarters in Paris the first meeting of the Steering Group of the OIE Regional Platform on animal welfare for the 53 Member Countries of Europe.

The creation of this Group is a direct consequence of the 25th OIE Regional Commission Conference for Europe (Fleesensee, Germany, September 2012). This Conference indeed recommended that a common approach be taken by all Member Countries of the region regarding animal welfare, and that the OIE Standards be implemented step by step at the same level in all Europe, using a regional Platform for capacity building programmes and exchanges of best practices. The initiative also addresses the recommendations of the 3rd OIE Global Conference on animal welfare (Kuala-Lumpur, Malaysia, November 2012), which highlighted the need for regional strategies taking into account regional specificities.

The Steering Group of the Platform, comprising OIE Delegates from three non-EU and two EU countries, a representative of the European Commission, the OIE Regional and sub-regional Representations of the Europe Region and representatives from the OIE Collaborating Centre for animal welfare in Europe, validated a three year Action Plan (2014-2016) that will focus on stray dog population management and conditions for transport and slaughter of livestock. It will include a dedicated website, translation of technical documentation and standards into Russian, awareness and communication campaigns, workshops and other field activities. The activities of the Platform, which should be funded mostly by the European Commission and EU Member States, are not intended to compete with, or duplicate the various activities recently launched by the EU; it will complement them, targeting countries of the Europe region (53 countries in 2013) where the relevant OIE Standards are not or not enough implemented. Collaboration with stakeholders in the region will be carefully looked at and they will be consulted on an ad hoc basis for the optimal delivery of the Platform Action Plan.

Since the first introduction of animal welfare as a thematic priority in its 3rd strategic plan in 2001, the OIE has developed numerous standards and tools to help its Member Countries to implement them, making it the preeminent reference organisation for animal welfare globally. In the course of the programme of the platform, it is expected that all Veterinary Services of the OIE Member Countries of Europe develop adapted legislations and policies for OIE Standards implementation. This will require designing and setting up of intersectoral policies between different national or local authorities, as well as public-private partnerships, which have always been advocated by the OIE. Eventually, as other regions, the Europe region will be able to endow with a Regional Animal Welfare Strategy.