Twelve months after the White House meeting in September 2014, the Global Health Security Agenda High Level Meeting in Seoul (Rep. of Korea) on 7-9 September 2015 provided the opportunity to take stock of the progress made and re-affirm the future steps to be achieved within the Agenda. Once again, GHSA participating countries were called upon to make an effort to strengthen their existing national health systems and to fully and rapidly comply with international standards and obligations including the WHO International Health Regulations (IHR) and quality of veterinary services using existing tools, notably the OIE’s Performance of Veterinary Services Pathway (PVS) and global information systems such as OIE/WAHIS, with regards to animal health. 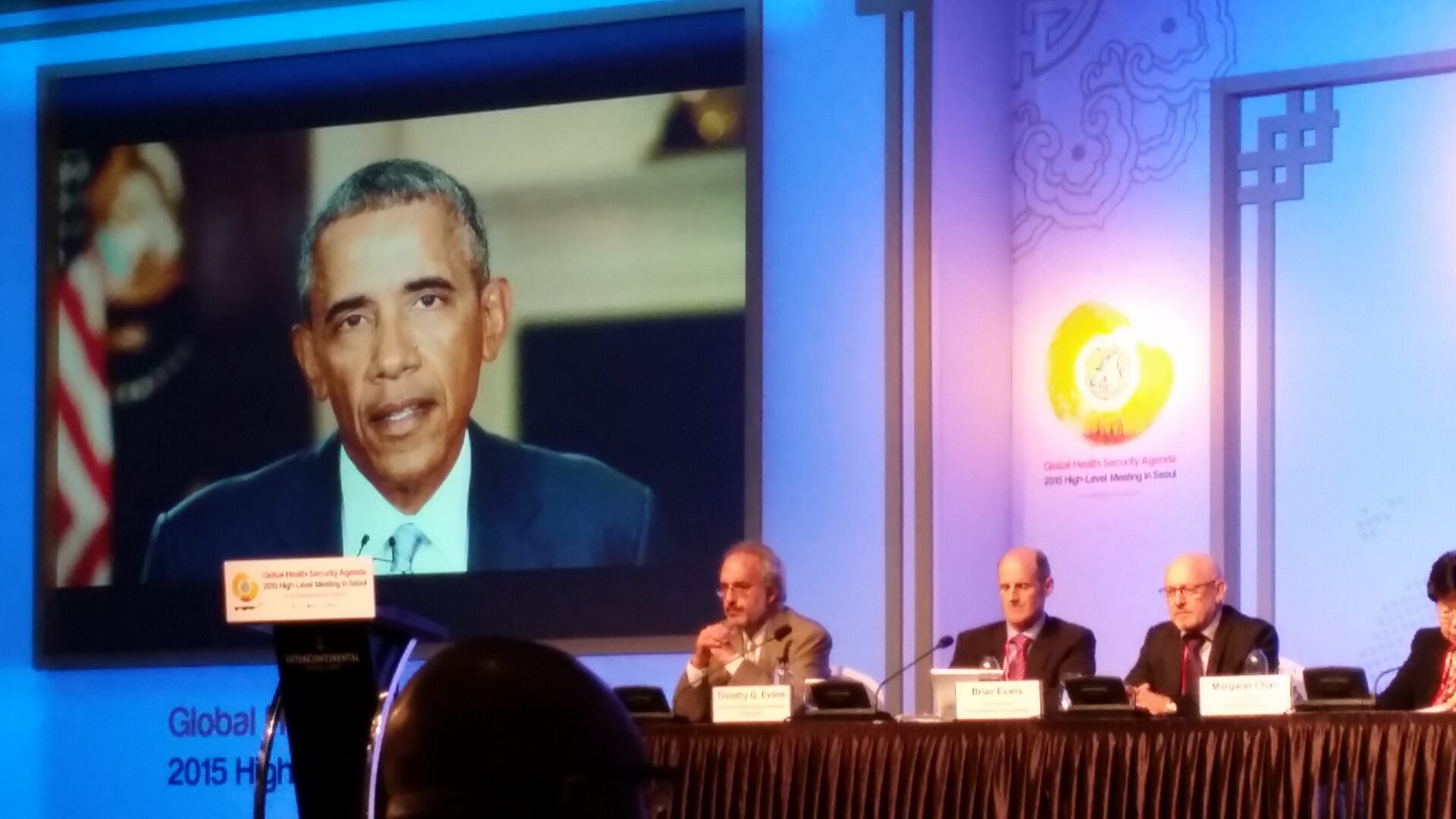 Paris, 11 September 2015 – MERS-CoV, Ebola or Avian influenza are recent examples of diseases (all of animal origin) which have shown that the capacity of countries to prevent, detect and respond to these outbreaks was not uniform. In addition, with 60% of existing infectious diseases that affect humans and over 75% of newly emerging diseases originating in animals, global human health security cannot be achieved in the absence of the consideration of national animal disease prevention and control systems. Indeed, effective disease control is not only a shared responsibility between the human and animal health public and private sectors but also with numerous other sectors, at the national, regional and global levels.

In an interconnected, interdependent world, the vulnerabilities that exist in one country represent vulnerability for all countries. To address the potential threats to global health and work toward a world safe and secure from infectious disease, the Ministers and stakeholders involved in the GHSA gathered for the fifth time since 2014 at a High Level Meeting in Seoul (Rep. of Korea) on 7-9 September 2015. The OIE, as an advisor to the GHSA Steering Committee, reaffirmed its commitment to continue contributing to the successful achievement of global health security by dealing in particular with disease emergence and reservoirs in the animal sector and at the animal-human interface.

The OIE has advanced in a considerable number of activities which directly support several of the GHSA action Packages, including the PVS Pathway, capacity-building for national policy makers and successful management of global disease information systems (OIE/WAHIS). These supportive actions contribute to strengthen animal health systems worldwide, though the enhancement of the good governance of Veterinary Services.

Collaborative work has also been at the forefront of OIE actions over the past year and has notably been successfully illustrated in 2015 by the adoption in May of the global action plan on Antimicrobial resistance by the WHO World Assembly, followed one week later by a resolution at the 83rd World Assembly of the 180 Member Countries of the OIE to support its implementation and subsequently by the Food and Agriculture Organization of the United Nations as well. 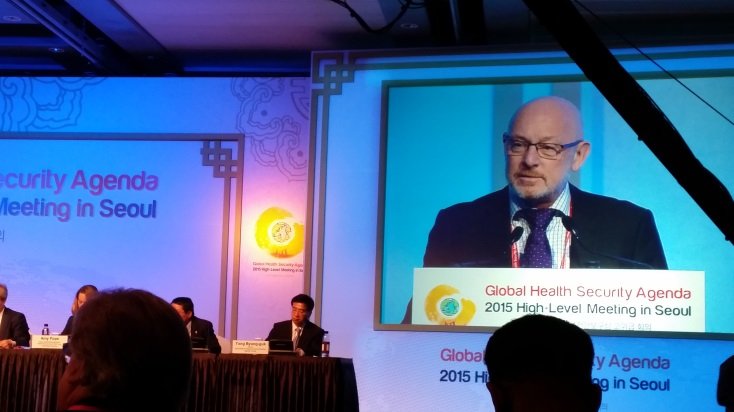 Furthermore, the OIE reaffirmed its commitment to continue contributing to the successful achievement of global health security. Notably critical are the continued deployment of the OIE PVS Pathway, the WHO/OIE Joint National Working Sessions, and the further development of the World Animal health information system (WAHIS). Collaborative work will continue to be a priority for the OIE since as recalled by Dr Brian Evans, “HEALTH is the acronym for Humans, Ecosystems and Animals Living Together Harmoniously”.