From July 27th to 28th, the Agriculture Ministers of the G20 members, the leading international forum for economic, financial and political cooperation, met in Argentina to discuss how to achieve a sustainable food future, one of their priorities. Dr Monique Eloit, OIE Director General, participated in the meeting in which the crucial role of the OIE International Standards implementation was highlighted by the Ministers, as a way to achieve such priority. 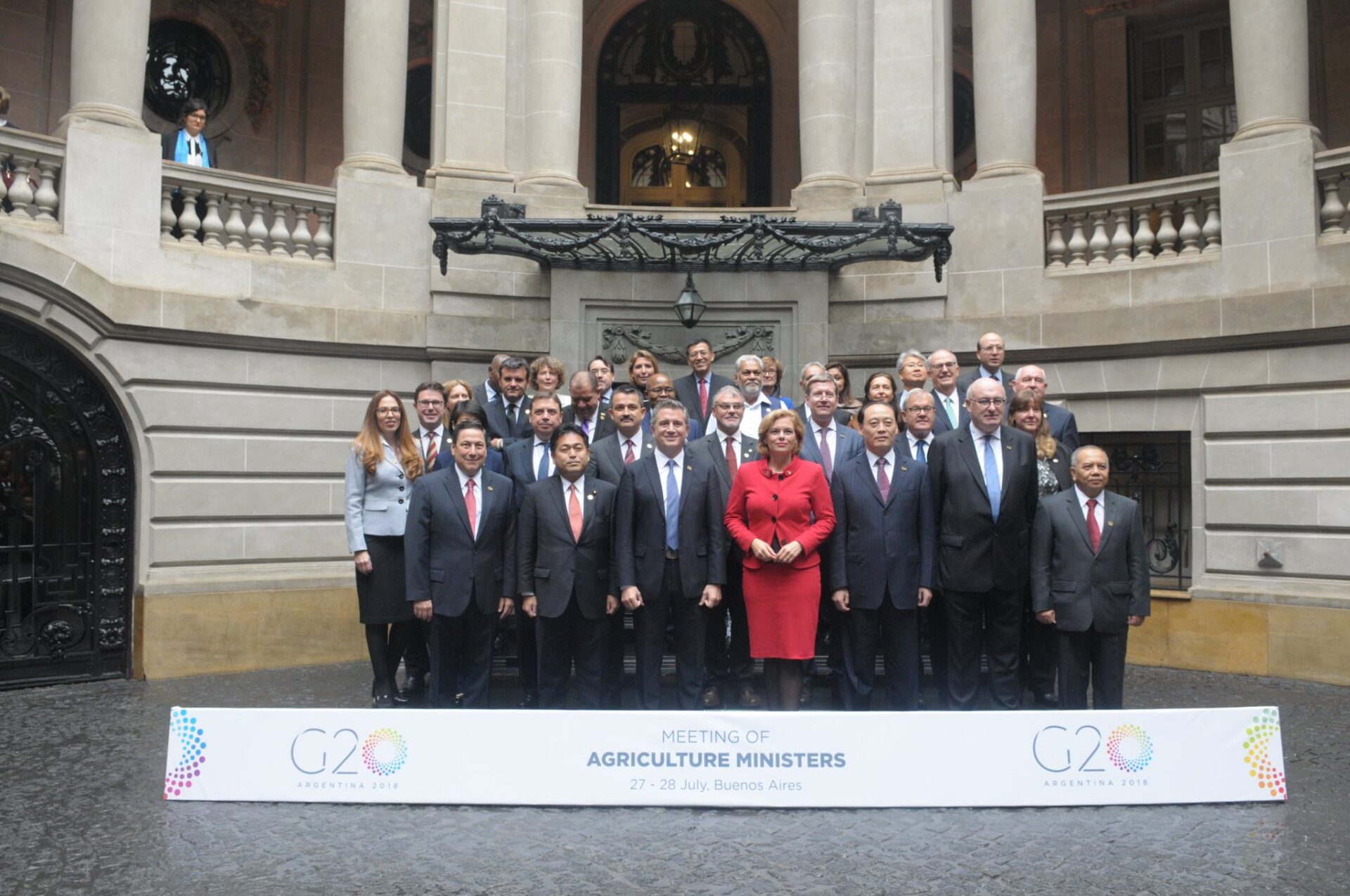 Paris, 1 August 2018 – Since its creation in 1924, the OIE, as part of its mandate, establishes international standards to facilitate safe international trade of animals and animal products. Benefits of implementing these standards go beyond trade facilitation: they play a role in achieving a sustainable food future, creating jobs, fighting poverty and hunger, and developing the economy.

Aware that the world needs a more inclusive and efficient food supply system, the G20 members established a sustainable food future as one of their priorities.

Thus, the Agriculture Ministers of the forum reaffirmed their commitment to base their regulations on international standards, guidelines and recommendations set by international organisations.

OIE Observatory: a tool to strengthen the implementation of the Standards

A more open, rules-based and transparent international trade system is essential to foster the increase in productivity in the agricultural sector and thus, address the growing food demand.

In this context, the G20 Ministers supported the OIE Observatory project, which will facilitate a safer trade through a better understanding of the standards implementation. The Observatory will aim to monitor the implementation of the OIE Standards at the national or regional level in order to identify the difficulties and constraints of its Members and therefore to propose solutions.

“The OIE Observatory is expected to contribute to the progressive international harmonisation of national sanitary rules applied to international trade” stated Dr Monique Eloit, OIE Director General. “This will result in benefits to governments, private sector and civil society and in this way to increase trust in the multilateral trade system.”

Antimicrobial Resistance: A threat to our food systems

The fight against antimicrobial resistance plays an essential role in the provision of safe food. During the G20 meeting, the Ministers recognized the importance of addressing this problem using the One Health approach by promoting the development of national action plans. They also committed to promote good practices in animal production to reduce the use of antimicrobials while striving to restrict it exclusively to therapeutic use.

The work that the OIE, jointly with FAO and WHO, is developing in this field was highlighted by the Ministers, who also called on the Tripartite members to improve the implementation of the guidelines on the prudent use of antimicrobials to safeguard human and animal health, food systems and the environment.

The fight against the scourge of hunger and malnutrition can only be addressed collaboratively, by sharing views and experiences on the matter, coordinating actions and joining efforts of all national and international actors. As the Agriculture Ministers affirm in their declaration, implementing OIE International Standards is crucial to succeed and, thus, to preserve our future.