At UN, global leaders commit to act on antimicrobial resistance

Collective effort to address a challenge to health, food security and development

New York, 21 September 2016 – World leaders today signalled an unprecedented level of attention to curb the spread of infections that are resistant to antimicrobial medicines. 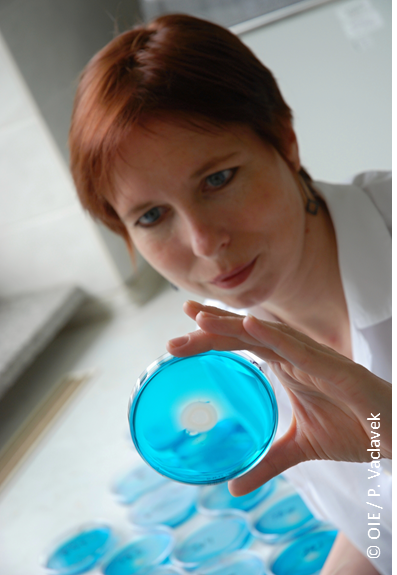 Antimicrobial resistance (AMR) happens when bacteria, viruses, parasites, and fungi develop resistance against medicines that were previously able to cure them.

For the first time, Heads of State committed to taking a broad, coordinated approach to address the root causes of AMR across multiple sectors, especially human health, animal health and agriculture. This is only the fourth time a health issue has been taken up by the UN General Assembly (the others were HIV, noncommunicable diseases, and Ebola). The high-level meeting was convened by the President of the 71st session of the UN General Assembly, H.E. Peter Thomson.

"Antimicrobial resistance threatens the achievement of the Sustainable Development Goals and requires a global response," Mr Thomson said. "Member States have today agreed upon a strong political declaration that provides a good basis for the international community to move forward. No one country, sector or organization can address this issue alone."

Countries reaffirmed their commitment to develop national action plans on AMR, based on the "Global Action Plan on Antimicrobial Resistance" — the blueprint for tackling AMR developed in 2015 by WHO in coordination with the Food and Agriculture Organization of the United Nations (FAO) and the World Organisation for Animal Health (OIE). Such plans are needed to understand the full scale of the problem and stop the misuse of antimicrobial medicines in human health, animal health and agriculture. Leaders recognized the need for stronger systems to monitor drug-resistant infections and the volume of antimicrobials used in humans, animals and crops, as well as increased international cooperation and funding.

They pledged to strengthen regulation of antimicrobials, improve knowledge and awareness, and promote best practices — as well as to foster innovative approaches using alternatives to antimicrobials and new technologies for diagnosis and vaccines.

"Antimicrobial resistance poses a fundamental threat to human health, development, and security. The commitments made today must now be translated into swift, effective, lifesaving actions across the human, animal and environmental health sectors. We are running out of time,” said Dr Margaret Chan, Director-General of WHO.

Common and life-threatening infections like pneumonia, gonorrhoea, and post-operative infections, as well as HIV, tuberculosis, and malaria are increasingly becoming untreatable because of AMR. Left unchecked, AMR is predicted to have significant social, health security, and economic repercussions that will seriously undermine the development of countries.

The high levels of AMR already seen in the world today are the result of overuse and misuse of antibiotics and other antimicrobials in humans, animals (including farmed fish), and crops, as well as the spread of residues of these medicines in soil, crops, and water. Within the broader context of AMR, resistance to antibiotics is considered the greatest and most urgent global risk requiring international and national attention.

"AMR is a problem not just in our hospitals, but on our farms and in our food, too. Agriculture must shoulder its share of responsibility, both by using antimicrobials more responsibly and by cutting down on the need to use them, through good farm hygiene,” said Dr José Graziano da Silva, Director-General of FAO.

"Effective and accessible antibiotics are as vital for protecting animal health and welfare and good veterinary medicine as they are for human health. We urge national authorities to strongly support all sectors involved, through promotion of responsible and prudent use, good practices and implementation of established standards and guidelines,” said Dr Monique Éloit, Director-General of OIE.

Leaders at the UN meeting called on WHO, FAO and OIE, in collaboration with development banks such the World Bank and other relevant stakeholders, to coordinate their planning and actions and to report back to the UN General Assembly in September 2018.

Countries called for better use of existing, cost-effective tools for preventing infections in humans and animals. These include immunization, safe water and sanitation, good hygiene in hospitals and animal husbandry. Putting in place systems to ensure more appropriate use of existing and new antibiotics is also essential.

In addition, they highlighted market failures, and called for new incentives for investment in research and development of new, effective and affordable medicines, rapid diagnostic tests, and other important therapies to replace those that are losing their power.

They stressed that affordability and access to existing and new antibiotics, vaccines and other medical tools should be a global priority and should take into account the needs of all countries.